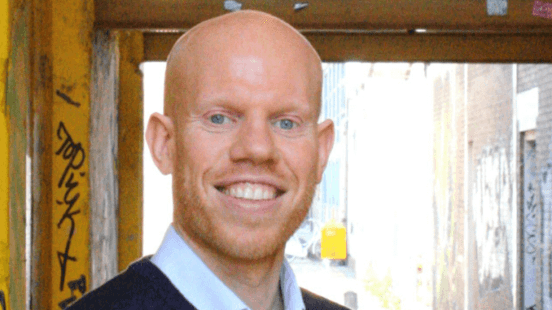 Plant-based Impact Investor Willem Blom joins me on The Plantbased Business Hour to discuss if the EU has stalled on plant-based initiatives, what European companies are kicking butt and taking names and how the Netherlands is the ‘little country that could’ in terms of plant-based innovation.  Plus, Willem shares the products that he would like to see in the marketplace that aren’t yet there. Tune in and subscribe!
Here is a transcript from the highlight clip of from the interview. For the full interview, watch the top video or listen to the top podcast.

Willem Blom: Yeah, so I’m very bullish on seafood like you said with Seaspiracy coming out. There’s a lot of opportunity there. I think we need innovation in seafood. Luckily there are great companies in the market. Of course, we have Good Catch and I saw today that Ocean Hugger is back!

Elysabeth: They are back! The brand that will not die. Yes, it’s fantastic. Ocean Hugger, The Plantbased Seafood Company, Save Da Sea out of Canada, Sophie’s Kitchen, and then there’s a Swedish company called Hooked. So, there’s more and more options coming online and that’s not even talking about the cellular options which would be coming out of Asia like Shiok Meats and Avant. Such a very exciting time. I’m also very bullish on seafood. Okay, sorry to interrupt, what’s your next one?

Willem: That’s one, the second is cheese. We’re in the Netherlands, a cheese loving nation, and when I talk to many of my vegetarian friends they say “Yeah, I know that cheese is bad for the environment and I shouldn’t eat it and also for animal welfare, it’s horrible…but it’s addictive.” There’s a great company (Those Vegan Cowboys) founded by the Vegetarian Butcher guys.

Willem: Yeah, they rock. They’re making the addictive element in cheese from fermentation technology. So they want to replicate cheese with eliminating animals from the supply chain, so that’s a great effort ,but I’m obviously bullish on everything in fermentation technology and plant-based cheese. There’s a third category, since I’m also a father of a young son who is a vegan, I’m always looking for options. Especially when he has friends over for parties, I struggle to find good plant-based kids’ brands and I think that’s an area that if you’re listening and want to start a kids’ brand, please reach out to me because I think that’s an untapped opportunity.

Elysabeth: I have a couple thoughts for you on that. Of course, you know about Else baby food.  It’s on VegTech(TM) The Global Vegan Impact Innovation Index. So Else is a publicly traded company. Also are you familiar with Dandies marshmallows out of my hometown of Chicago?

Willem: I’m not. I would love to learn more about them.

Elysabeth: It’s the only vegan marshmallow in the world. So, I don’t know if Dutch kids eat marshmallows as much as American kids do, but marshmallows are used for roasting and S’mores. We do this thing with Graham Crackers and chocolate and marshmallows.  So, Dandies marshmallows is from the Vegan Chicago Food Company. Obviously, the snack market itself is going through the roof, but healthy snacks geared towards kids that are vegan I think is a big, fat white space to anybody listening.