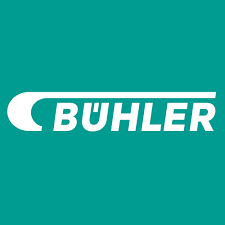 LIVE FROM BUHLER, North American HQ!  As the U.S. heads back to the office and socialization, I take the Plantbased Business Hour on the road to meet with Anshuman Bhatia, Plant Protein Product Line Manager at Cargill, Matt McGuffey, Manager of Savory Taste and Wellbeing at Givaudan, Bill Aimutis, Executive Director of the North Carolina Food Innovation Center and Andy Sharpe, CEO of Buhler North America.

Here is a short clip from our long-form interview above with an accompanying transcript.

Elysabeth: As the world goes back to work I decided to figure out how the plant-based world works.  I talk to a lot of people, usually CEOs and the like of plant-based companies, but I don’t really know how the products get made. So today we pulled back the curtain a little bit to see just how plant-based food is made and what we think is going to be the future of plant-based food. I’m going to bring on my first guest from Cargill. You might not think of them as plant-based necessarily but they’re getting into it, and they’re getting into it big. Anshuman Bhatia, do I have that right?

Elysabeth: I want to thank you for being with me today. You are the plant protein product line manager at Cargill. What do you think is going to happen to the plant-based industry beyond the burger?

Anshuman Bhatia:  I think the penetration rates that we have seen when people give examples of the burgers and I think both the success of Beyond and Impossible have seen [will continue.] I think beyond the innovation happening across all different product categories within the meat alternative space as well as even within the dairy alternative space. So the analogy that is given within industry experts in respect to plant-based milk is around a ten to fifteen percent penetration rate. But when you look at any of the other alternative dairy categories whether it be cheese, whether it be yogurt, penetration levels are in low single digits like one and one and a half percent. And if you start looking at expanding that I think the world is your oyster in that sense.

Elysabeth: Matt McGuffey I want to thank you for being with me. Look at this fabulous job folks. This is the job you all want. You’re the product manager for savory taste and well being. We’ve been talking a lot about taste but, of course, it’s also the look of things. So what do you do to make something look like the color so that it’s right? Like chicken, everyone knows it has to be white, so what do you do there?

Matt McGuffey: Where our technology is best developed is with the burger and being able to use a beet color that’s just stable enough to survive the shelf life but then once the consumer puts it on their griddle, that degrades enough to where it’s not pink anymore, like a consumer doesn’t want to eat a pink product. And then getting the searing and the right reaction that helps to brown it throughout the cooking process so that it looks like a burger would look when you prepare it at your home. So the white color is definitely more challenging. Titanium dioxide is not something consumers have in their home pantry. Getting a white color is a technical challenge. It’s one that we’re investigating and that’s down the road.

Elysabeth: Bill Aimutis, Executive Director of the North Carolina Food Lab Innovation Center. I’ve been wanting to talk to you for a very long time. I think I will start my first question with why North Carolina?

Bill Aimutis: Well we grow about 85 to 90 different crops in the state of North Carolina and when we did an analysis about five or six years ago we realized that eighty percent of the crops were leaving the state for further processing which in turn we were leaving money on the table. The state of North Carolina about seven years ago realized that we needed to find some more industry for North Carolina. The furniture industry had left, the textile industry had left, and we were starting to lose a large percentage of manufacturing in the tobacco industry which is our leading crop.

Bill Aimutis: It’s still our leading crop even though we’re actually growing less tobacco today than we were during the civil war, but it’s still a major crop for us. But we grow and we’re in the top ten on a number of different crops that most people aren’t aware of: blueberries, strawberries, and cantaloupe. We’re leaders in the country on the growth of those types of fruits. Tomatoes, we’re number three in the country. So we do have a lot of different crops that go into processed foods. As a result of that the Innovation Lab was put into North Carolina because we also knew that there were a number of entrepreneurs starting to focus in on plant-based foods. And so with a little bit of luck and a little bit of foresight our general assembly decided to create a plant-based food center.

Elysabeth: I want to bring on the North American President and CEO of Buhler with me today. Andy Sharpe, pull up a chair. If you’re having a bad day and you know sometimes in Covid some people had a lot of them, is there any phrase you say to get yourself back in the game?

Andy Sharpe: One of the things I do in difficult times is I’ll do what we call creative writing and I’ve got a book and I will just write for five minutes and you don’t take your pen off the paper. You just write for five minutes. So you might start blah blah blah, but in the end it will come out to, “hey, plant-based proteins” or “what are we eating for dinner tonight?” or “what am I doing now?” And if you write for five minutes for me it gets out onto the page of what’s troubling you or what’s exciting you and then you can read it back and that’s a really good way to just chill. Take it back to a good level to start again. So, if you’ve never done it, give it a go. You’ll be surprised.

Elysabeth: That’s one of the best answers I’ve ever had to that question and I’ve asked a lot of people that question.