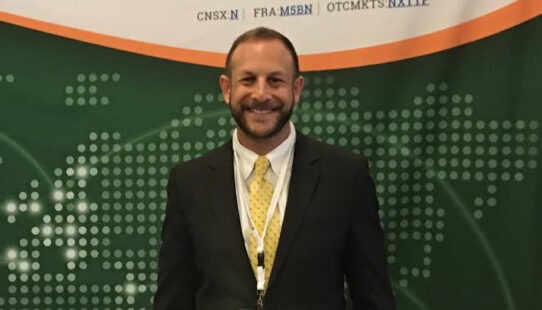 Kory Zelickson, CEO and CO-Founder of Vejii, set to be the largest on-line retailer of vegan goods, joins me on the Plantbased Business Hour to discuss the future of on-line shopping in a shifting and ever-complicated world.

Will people go back to grocery stores in a potentially post-Covid world?  How will on-line retailers compete while addressing the environmental issues of shipping? How can AI increase the value of the on-line Vejii shopping experience?  Destined to be the largest on-line retailer with over 3000 vegan brands, Vejii has vegan items on their sight that even I had never seen before.

Check the long-form interview by video or podcast above in which Kory and I discuss it all.  A highlight clip and transcription of same is below.

Elysabeth: What do you wish you knew ten years ago that you know now?

Kory Zelickson: I think what I’ve come to realize more over the years, aside from not having the desire to harm or eat animals, has really been the environmental impact of the meat industry and how eating a plant-based diet for every single person can have an impact.

So, the more that people start incorporating [plant-based] into their diet, whether you’re vegan for ethical reasons or for health reasons or for sports performance, you are having an impact on the environment by eating a plant-based diet. And so, I think in the past for me I was really focused on the ethics of it and a lot of the media in the past around the vegan community was focused on animal rights and slaughterhouse videos and that was something that was impactful for me; but, I think when we’re trying to mainstream veganism, you can look at documentaries like The Game Changers, which features world class athletes like Tia Blanco who’s our brand ambassador and who is a great example.

These are world class athletes that are vegan and are performing at the highest level of athletic ability and so I think that the approach of showing people that yes, it’s better for the environment, it’s better for animal welfare, but it’s also better for your own health, too. And so, I think that’s something that’s really impactful and I think that type of media is what really has more of an impact on the general population than your typical slaughterhouse videos which can be really off putting for somebody that does eat meat that might want to try something plant-based, but if you threw that in their face it would probably turn them away.