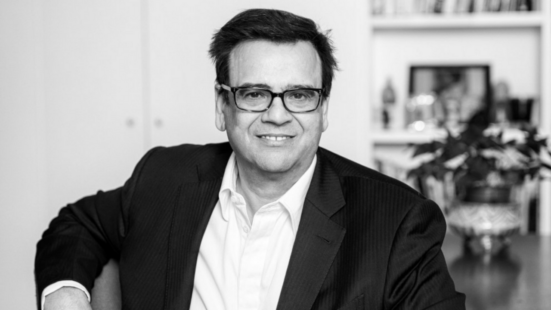 Managing Partner of Coller Capital and Founder and Chair of FAIRR (Farm Animal Investment Risk and Return), Jeremy Coller joins me on The Plantbased Business Hour to discuss the inefficient and bad business equation that is factory farming.

Here is a short clip and transcript from our conversation.

Elysabeth: Jeremy, thank you for being with me.

Jeremy Coller: Can we talk about waste for a moment? I don’t think we fully know how toxic we are and let’s just talk a little bit about how huge it is. Just one Smithfield facility in Utah with half a million pigs generates more fecal matter than all the inhabitants of Manhattan. You take one company like Tyson, they produce more excrement than the entire U.S. population. Just one company: Tyson. Now we’re seeing that go into our water supply. We’re seeing that go into our land. It’s frightening actually.

Elysabeth: I want to underscore what you’re saying and help people understand this. That’s why in the beginning of this interview we were talking about this scale that I’m not quite sure people understand. They see a commercial and they see one cow. That’s not what it’s like. It’s ten times more animals on the planet than humans. All those animals of course go to the bathroom and as I understand it, Jeremy, you’ll correct me if I’m wrong, that waste is not treated. So, it’s not like they’re going to the bathroom in a toilet and then it’s funneled out. I’m not sure of the regulatory process such that this is even allowed, but my understanding, Jeremy, is that waste just flows right into land and water.

Jeremy Coller: If you Google “manure lagoon”- you know when I was growing up I always thought of a cow patty. Cows eat grass and I know that. It’s amazing we even have to say it but cows eat grass naturally and we’re giving them grain which they can’t digest properly. We’re giving them hormone treatments so they can digest it so that’s why they release so much methane, but the stuff that’s coming out of them is not normal. It’s diarrhea coming out of them all the time. It’s not normal and you can imagine if you’re given the wrong foods all the time and you need a hormone treatment to digest it, why would you eat it?

Elysabeth: What would you eat it? Just hearing you say it, there’s obviously the animal welfare issues that we’re both concerned about, but what a bad business equation. What a ridiculous business equation to feed them something that they can’t eat. They usually just get their protein from grass, like many because protein is in vegetables. Instead we’re feeding them grains. These grains make them sick, so then we give them drugs and then we take in the drugs.

Then their conversion of calories from grains is a poor conversion.  For cows we say it’s twenty-five calories in to get one calorie out. You’re an investor. Is that what you want? You want to give someone $2.50 to get back a dime? You won’t be an investor very long. What a bad business equation.