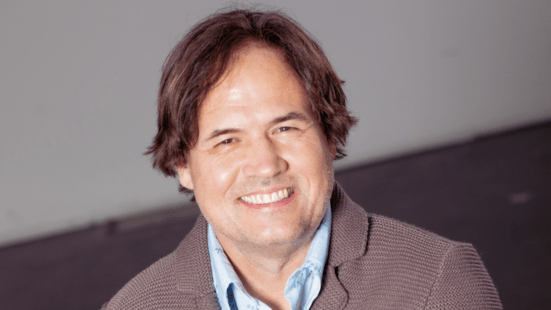 CEO of Wicked Kitchen and Former General Mills Exec, Pete Speranza, talks plant-based business trends on The Plant-based Business Hour. Start-ups and investors take note! This interview will discuss the burgeoning secular trend of plant-based innovation and how to take part in the industry growth.

Below is a short clip and transcription from our long-form conversation.

Elysabeth: I bring on today, Pete Speranza, who is the CEO of Wicked Kitchen. So he’s not a total outsider, but he did spend twenty three years with General Mills. Pete, thanks for being with me today.

So who’s getting the big bucks and what do you think is going to play out let’s say in the next three years?

Pete Speranza: You know, think about the word “vegan” and think about the word “organic,” once again. Think about those two words and you’re just like, “Alright it didn’t go very far. It’s not that exciting. It’s good for core people, you know, we need to see change.” But this plant-based word, which is pretty generic, but really includes everyone to get involved right, including the large and big. So to your point about having large companies like General Mills or others get in tune with it quickly and actually figure out what they’re going to do with it, is way better than it used to be where it used to be the small against the large. There used to be this fighting going on in between when you’re in those kinds of spaces.

And then the “regenerative ag” is another word that has come up lately that is another one that gets people highly excited, you know. I’m here in Minneapolis, Minnesota. Right down the road is Cargill, one of the largest ag companies in the world, if not the largest. The largest private for sure. You already see the investments that they’re making. They’re making investments in a ton of regenerative ag projects around the world. They’re thinking of changing in a bunch of different ways how they manage transportation with all the electric cars and trucks that are happening. That’s all being generated because these things became mainstream conversation through everybody being included which is awesome because in the old way it was the small against the big. And I’m not putting an investment there because I don’t think it’s going to be big enough, but when these two words that are somewhat generic but in reality really changed the game of everybody in the industry and how they think about it, you’re not just seeing investor money. Instead you’re seeing large consumers that are putting R&D dollars on it like crazy because they know that’s what the future is. It’s been fun to watch.

Once again here in Minneapolis, General Mills has had headquarters here, Land O Lakes has had headquarters here, and Hormel is here. I can see all four of them because I get a lot of local news on what they’re doing and they’re changing quite drastically because they’re seeing where the consumers are going and that’s exciting because it means there’s a lot more not just money from investors, but there’s money from these big companies that are thinking about it differently as well because they’re not going to go away per say but can they change their whole portfolio in the next ten to twenty years? For sure they can. Can they help the planet a lot faster than even Wicked can? Probably. Might as well have more people in it than just us trying to figure it out. So I love the idea of inclusiveness and just getting the whole planet seeing it sooner than later and we work with tons of investors globally that are feeling the same and they’re not just putting money in but they’re actually doing something too which is awesome.

Elysabeth: Yeah it’s funny that you mention this because I just had an interview on the New York Stock Exchange and we were talking about, “Are you sure it’s really going plant-based Elysabeth? Isn’t it just a fad?” And I say, “Well no, it’s a shift of the entire global food supply system.” What you might see on the shelf is a plant-based product, but you’re seeing industry get behind and shift their business models because they need a better business bottom line so they can’t waste water, they can’t waste land, and they can’t deforest. These things are catching up with them and they’re seeing, not just consumer driven I think, but they’re seeing for their bottom line it would be better if they used less resources which are just going to go up in cost as we have less arable land to work with due to climate change and a growing population. They’re seeing how tricky and inefficient and how bad the business equation for the current food system is and that there’s money to be made by shifting and hopefully they’re interested in helping the planet. I’m not sure, but they’re on board and this is what makes me say that it’s not a fad. It’s industry coupled with consumer shift. That makes it inevitable.

Marc Aneed, CEO and Co-Founder of the Eat Well Group