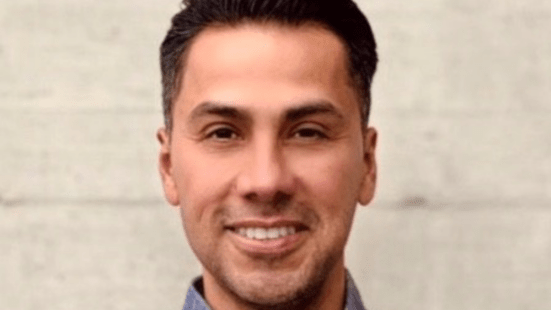 In this interview, Jerry Gamez and I discuss,

Below is a short highlight clip and transcription from our interview in which Jerry shares his tips for quickly growing companies.

Elysabeth: I’m wondering what tips you can give to quickly growing companies.

Jerry Gamez: There’s so much there and we can definitely have an hour just around tips.  I think, in my experience, and not only just seeing the business from the North American market or from the European market, I think [that] taking a blended approach or a blended experience [is important.] I can say the one thing that’s been fundamental for me, and even now in a few projects that I’m working with, it comes down to having a very clear vision of what the company will be and will not be.

I think often times what is notoriously consistent is that there will be a moment when any entrepreneur will feel that pressure of whether they can go or whether they’re not going to go. And so there will be a moment where they need to bring in capital and that capital often times comes with some sort of requirement. It is important to really hold out to find that partner that’s going to really provide them the oxygen necessary to grow, not just the capital to maintain. And I think that is probably one of the biggest opportunities and I would take suggestions on finding that right partner that really has your best interest and the company’s best interest [in mind.]

It’s hard. So, what do you have to do? Start early. As soon as you have that idea, start developing the ecosystem. Go out [early] because everything takes time. I sound like a broken record now, but [raising money and finding the right investors/partners] does take time. So, whether it’s a small raise of 150k Euros, or $5M or $10M, it takes just as long to close that deal.

I think entrepreneurs, especially first time entrepreneurs, don’t quite understand that. They think that sometimes things move fast, that when an investor or VC says, “Yes, I’m ready to invest,” that that means within twenty days. It’s about a six-month project before that check is in the bank, so they have to build that in. I think that’s number one.

There’s a list and we can go through it, but if I had to say if there are two areas for entrepreneurs, [it would be] start to identify the ecosystem and the partners that will really back you and will give you the oxygen to really grow and bring your vision to life. And number two, what are the behaviors that you will tolerate, and you will accept within your organization and ensure that you stay firm, including for yourself because often times there’s a moving target and we blame it on the fact that we’re a start-up and it’s an early stage and that’s why certain things are tolerated.

Elysabeth: You are taking me back to two of my very favorite phrases that apply to business but also apply to life. So, for the first one when you’re looking for that strategic partner, one of my very favorite phrases is, “Only hang out with people who get the vision.” Life is short, we don’t have a lot of time. If you’re with an investor that doesn’t get the vision and that’s the vision for your entire plan, not just the making money part, but the whole thing, you’ve got to move on to the next investor as hard as that might be because you only want to hang out with people who get the vision.

And the next is, “Know who you are and be great at it.” So, you have to really know your company culture and that comes down to the founder and what they believe, but you want to infiltrate that within the entire company because when you see the kind of growth patterns we’re seeing now and companies are growing so quickly, you can easily lose that company culture. It’s like fairy dust. It will just blow away if you’re not really sure upfront and early who you are and what you stand for.

Brand decks, and I do a lot of these for my clients, are really important because they’re all running around so quickly that they often have to come back to the brand deck and say, “Oh yeah, that’s right, that’s what we believe,” because it’s overwhelming, the rate and pace at which change is coming.

And if you don’t hold onto your company culture it gets washed away. It’s very hard to get it back and then you find that, I don’t want to say you’re nothing special in the marketplace, but the sparkle isn’t there.