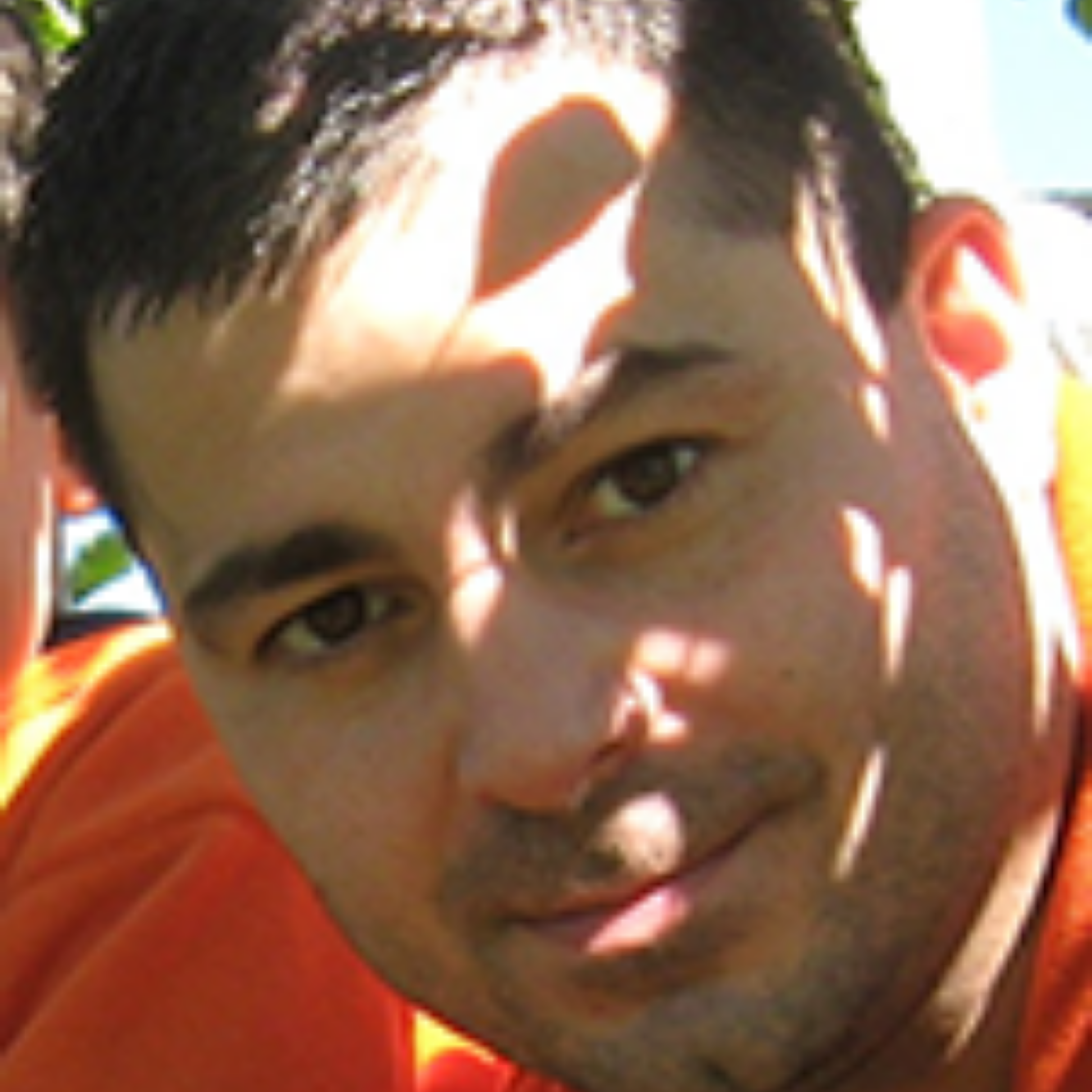 Love Cuban food, but don’t want gobs of meat? Raydel Hernandez joins me on The Awesome Vegans Influencer Series! Hear his incredible cholesterol drop story and weight loss journey as he switched all his favorite Cuban recipes to vegan Cuban recipes and lived (healthier!) to write and tell!  For more recipes, visit https://ElysabethAlfano.com/Recipes and https://VeganCubano.com

0:00 Raydel Hernandez is an author of a new book titled “It’s Delicious! It’s Vegan! It’s Cuban!” His book is about making classic Cuban dishes vegan. Food was very personal and intimate to Raydel’s family. It brought everyone together and he grew up eating classic Cuban food with lots of meat-based dishes. Ten years ago Raydel had some health issues. He was having acute arthritis in one of his toes and it would not go away so he went to an urgent care facility to find out what was wrong. Within fifteen minutes the doctor at the urgent care facility told Raydel “you’re on the express train for a heart attack.” Raydel learned that he either had to switch to a vegan diet or be on pills for the rest of his life. Raydel researched different diets and the benefits of being vegan. He says “I didn’t want to shorten my life just by eating what I wanted to eat traditionally.”

Raydel struggled for years with the fact that the majority of his family’s recipes were killing him because they were all meat-based. His grandparents were Cuban refugees and eating the food they used to make reminded him of what they went through. He had a true cultural and familial association with these dishes. When Raydel switched to becoming vegan he wanted to find a vegan cookbook that was tied to Cuban culture and he couldn’t find one. This led him to creating his own vegan cookbook. It took Raydel five years to convert his grandmother’s Cuban recipes to vegan recipes that would eventually make their way into the book. 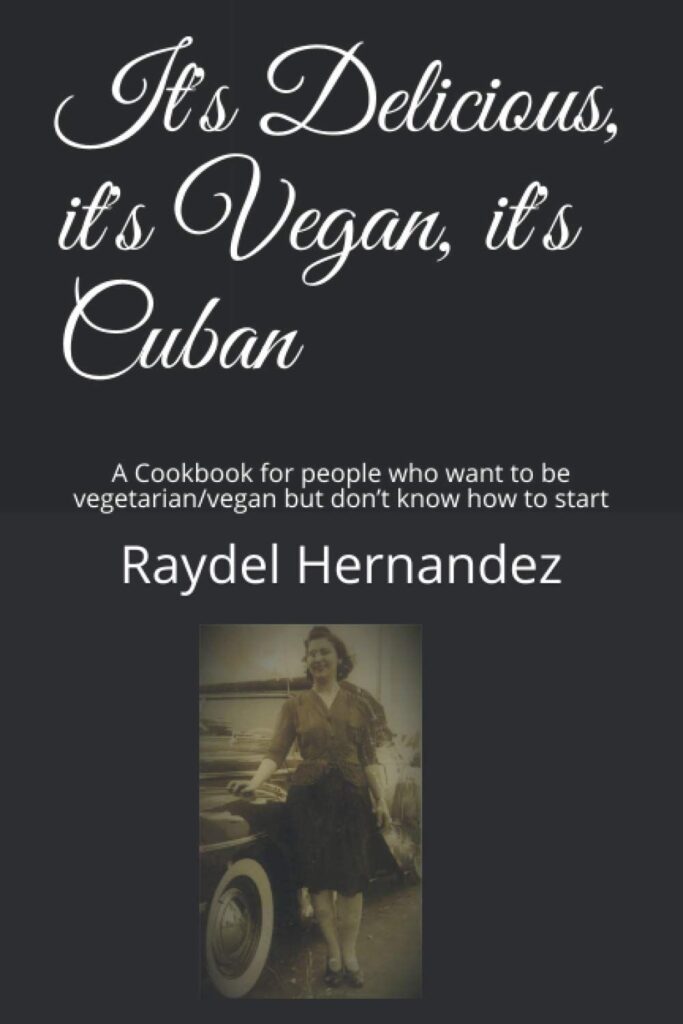 8:55 The hardest part for Raydel when converting his family’s Cuban recipes to vegan was finding the right protein substitutes that made sense with each dish. Butler soy curls are one of the main meat substitutes in many of the dishes as well as seitan and cauliflower. Raydel has gotten terrific feedback from his vegan Cuban recipes. “I can’t think of anyone who’s ever said they didn’t like what I made.” Raydel doesn’t think too much about labels when it comes to diet. He says the most important thing is to eat dishes that are healthy and good for your body. In the beginning of Raydel’s vegan journey he wasn’t sure if he could fully make the switch to a plant-based diet. One thing that helped was that Raydel would take all of his vegan Cuban recipes to his aunt who had extensive knowledge on authentic Cuban food and if it made it past her then he knew it was a good one and was ready to go in the cookbook. His aunt enjoyed the new recipes so much that it prompted her to switch her diet to a vegetarian diet. Once Raydel was fully committed to his new plant-based diet the arthritis in his toe went away, his cholesterol dropped a hundred points and he lost thirty pounds. 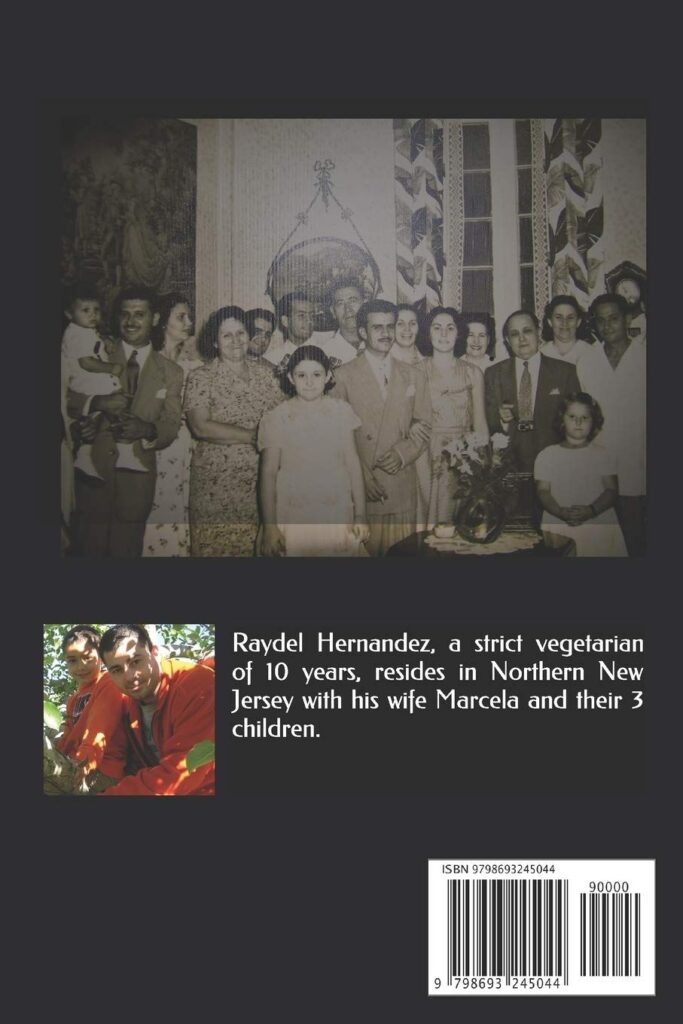 16:20 The medical benefits from changing Raydel’s diet were amazing but for him the major benefit was finding his key to happiness which was not being burdened by his health. He used to constantly second guess what he was eating for fear of it making him sick, but now he simply eats his food because he knows it is good for him. “You would be amazed at how much better your life becomes when you become a vegan.” Raydel believes there are no words to express how amazing it feels to be vegan and people just have to try it for themselves to understand. Raydel used to endure so much pain and soreness after exercising and now being on a plant-based diet has made exercising so much more enjoyable for him because the inflammation and soreness have gone away. Raydel’s close family has been supportive and his wife changed her diet to a plant-based one soon after Raydel.

28:20 Raydel shares his top tips to start working out meat and bringing in plants for your health. His first tip is that it doesn’t have to be all or nothing. He suggests doing it gradually and see how your body feels as you go. His second tip is to remind everyone that you are giving up nothing. There are so many great meat and dairy substitutes that you shouldn’t believe that you are giving up foods. His third tip is to “unbrainwash” yourself. You have to realize that there are forces all around you trying to persuade you to eat unhealthy things and that there is plenty of confusing information out there. His last tip is to do your own research and learn for yourself the true facts of what is healthy for your body. He suggests watching documentaries and reading the studies mentioned in those films.

Here is a transcript of the video above.

Elysabeth: It’s Plantbased Life and Style. I’m Elysabeth Alfano. I’m with Raydel Hernandez. His book, It’s Delicious! It’s Vegan! It’s Cuban! is out on Amazon. You can get it wherever you want. You can also go to his website which is at the bottom of my Facebook screen, vegancubano.com.

So before we went to break we were talking about this incredible transformation that you’ve done, but of course you grew up a meat eater. In fact, you really relied on it as part of your deep Cuban heritage. So for those meat eaters out there who are just thinking, “I don’t know if I can do it. Help me through,” what are your top five tips to start working out the meat and bringing in the plants for your health?

Raydel Hernandez: Well I don’t know if I have five but I definitely have tips. It doesn’t have to be an all or none thing and I think most people would agree. Do it gradually. It’s almost like running, right? You don’t run six miles your first time. You run half a mile or a hundred yards and you build and you build and you build and you get used to it. It’s the same thing. Maybe you pick a day of the week and that’s- and I wouldn’t even say vegan, vegetarian day. So you start gradually working your way out of it.

The other tip I could tell you from my personal experience is you are giving up nothing. You don’t have to give up a thing. There’s meat substitutes out there. If you want a hamburger you can eat a plant-based hamburger. I’ve lost my taste for meat. Anything that’s flavored like meat I don’t really care for it that much anymore. But we live in a world now where you can go to Burger King and have the Impossible Burger. You’re not giving up anything, there’s no sacrifice.

The other tip I would tell you is, and this is a big one, it’s hard for people to wrap their heads around this. You’re brainwashed. You have to unbrainwash yourself. You have to unstick yourself from the tar because everyone is trying to sell you something and that is no different in the meat and food world. They all want to convince you that what they’re selling is good for you when it’s really not. And they confuse the situation by putting misinformation all over the internet. Unfortunately in this country if you Google something, whoever pays the most comes up first and that’s not necessarily the best thing because they’re trying to sell you something that isn’t true.

Another tip is you have to self research. You can’t take it from me, you can’t take it from Elysabeth. You have to read and read and read. What I did was I started off with a few documentaries. The most famous one is Forks Over Knives. That’s the one that really turned the page for me. But if you look in the credits they list all the scientists and all the studies and I contacted those people on email and I said, “I saw this documentary, can you send me the research?” And they all sent it to me free of charge. It’s all public information at this point, and I read everything. I can’t tell you I understood every single experiment but I read it all first hand and it’s been common knowledge that the foods you eat affect your health for at least eighty years and it’s all out there. So those would be my tips, I think I hit four.

Elysabeth: You did hit four but I’ll give a fifth which kind of riffs off what you were saying in three and four but you must advocate for yourselves. So you were saying you must research for yourself. Absolutely one hundred percent, but you must advocate for yourself. You have to take your own health into your own hands. Even farming it out to your doctor is not always in your best interest. So take the time. Start gradually, whatever works for you. We’re not here to tell you what to do. Figure it out for yourself but it has to be your own journey because there are a lot of forces out there swaying you one way or the other.