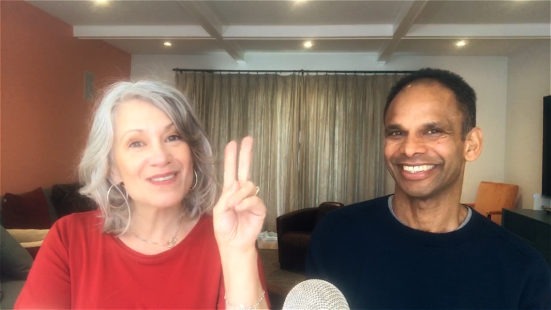 Veggie Grill! Today’s podcast is a cross between Awesome Vegans and Marketplace. No one has their finger on the pulse of the plant-based food business world like guest, T.K. Pillan! The co-founder of Veggie Grill, T.K. joins me to dish on the numbers and the growth behind the plant-based food businesses and jobs that are gaining traction in the marketplace, including his own. In fact, Veggie Grill just launched restaurant #34 in Chicago this week and is the largest vegan/vegetarian restaurant chain in the U.S.

For a sneak peak and a crash course in plant-based business, listen to T.K. explain some of the fundamentals that are shifting due to plant-based business growth such as crop diversification, plant-based job growth and better sustainability. The world really is changing, and as the computer came to replace the typewriter, we are moving towards a smarter, more efficient and kinder food system. Check the breakout clip below

In addition to Veggie Grill, T.K. is one of the partners in PowerPlant Ventures which invests in plant-based businesses, which are enjoying an explosion in growth and start-ups. He is busy, to say the least, but this understated guy is as smart as they come.  For more information, visit http://powerplantvc.com . 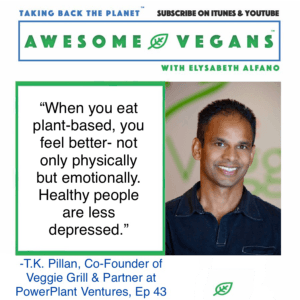 How Not To Diet: Dr. Greger Kicks off my Plantbased Radio Show