REAL TOUGH GUYS! Chris Green and Burak Sarac, founding members of the Vegan Knights Motorcycle Club join Elysabeth Alfano on Awesome Vegans. Join the conversation – you are in for a ride!!

7:00 Chris Green and Burak Sarac both loved riding motorcycles and found each other on Facebook where they noticed they had similar passions for both bikes and compassion towards animals. Burak says, “We brought the two together in Vegan Knights with the idea that we can still be the tough manly men riding our bikes but also at the same time be the superhero for the voiceless and stand up for what’s right and wrong.” Their mission is to raise awareness for the animals that have no voice. So far they have raised money for three or four different animal sanctuaries. They ride their bikes to the sanctuary and help the people who run it. Their goal is to pick a new sanctuary or non profit to raise money for every quarter. 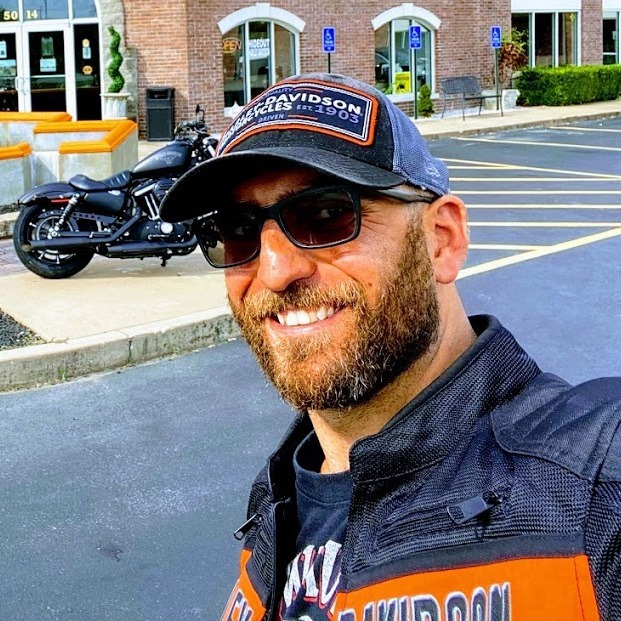 12:00 A motorcycle club is more of a brotherhood or sisterhood and for the Vegan Knights it’s both. Motorcycle gangs are out to do illegal things whereas the Vegan Knights are out there to help animals and do charity. When the Vegan Knights ride over to dive bars and ask for vegan food, it is a great opportunity to change people’s minds and educate those around them as well as break vegan stereotypes. Sometimes they also go to the bars and buy others vegan food. Chris says, “The easiest way to a person’s heart is through food. It opens up amazing doors for conversation.” Burak explains how everybody who turns their head and is curious about veganism all have a different reason to be interested in it. Some for environmental reasons, others for health reasons, and others because of their compassion for animals. “Our job is to find out what that reason is and exploit it.” 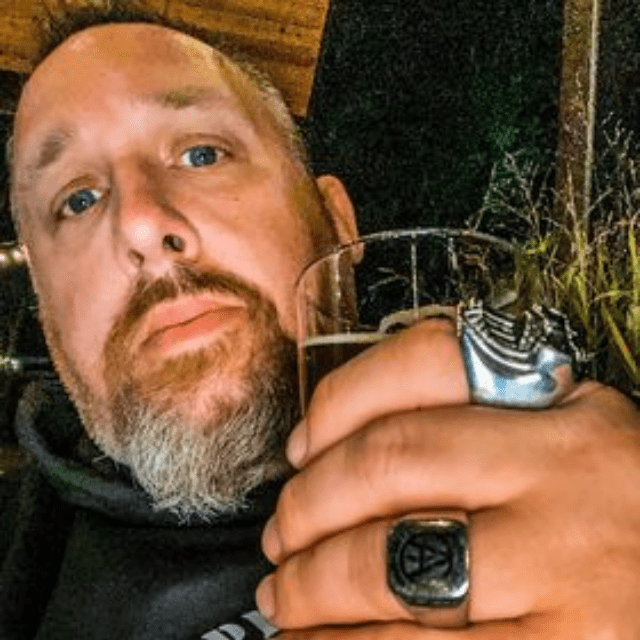 20:00 If you are interested in joining the Vegan Knights you can reach out to them on their Facebook page. There are not very many requirements to join other than bike size, being available to ride to the sanctuaries and help out, and of course to be vegan. Anybody is free to join the Facebook page to support the Vegan Knights and to donate toward their drives. The motorcycle club is full of very dedicated members who support each other in a close tight knit group of riders. Burak went vegan eight years ago after watching an animal slaughter video online and instantly went vegan after. Chris went vegan when he saw information at a vegan booth at a rock show in Tulsa, Oklahoma. After reading the brochures and information he went vegan that night.

32:00 When it comes to their predictions for the next three to five years, Chris believes that more restaurants are going to be adding so many more plant based options to their menus. Burak believes more people are going to go vegan in greater numbers because of the internet and the news. “We’re not going to be able to hide behind a curtain anymore.” Chris and Burak also share their top ten tips for being a macho tough dude. 1. Defining what tough means to you and living with a purpose. A tough guy is someone who stands up for the voiceless. 2. Standing up for what you believe in and never backing down. 3. Breaking the mold. 4. Not being afraid to take criticism and turning it around to make a bold statement. 5. Sticking to your guns and being able to learn and listen when you speak with people. 6. Being comfortable enough to surround yourself with different kinds of people. Being comfortable with who you are and what you truly believe in. 7. Having a big heart. 8. Never being afraid of change. 9. Doing no harm. 10. In some circumstances you have to ignore the opposition and know when to walk away. Don’t argue with the same person over and over.

Dr. Kim Williams on the Connection Between Obesity and Coronavirus