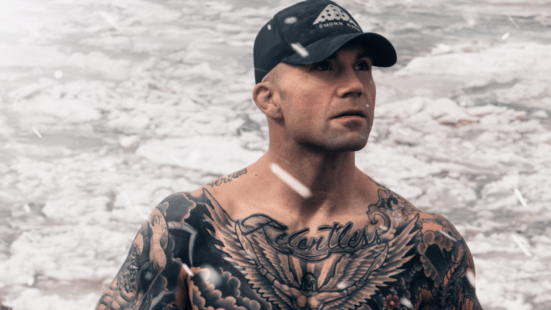 Vegan Athlete and Brazilian Jui Jitsu competitor Will Brooks joins me to discuss the philosophy of going vegan, the power of healing by going vegan and the power of health by going vegan.  Plus, Elysabeth breaks down the news and Will shares his tips for getting protein, making the transition and eating like an athlete. It’s this week’s Plantbased Life  & Style!

Here is a highlight clip of Will’s tips for transitioning to a vegan diet and our transcription from the same.

Elysabeth: I’m wondering if maybe you have three to five tips that you could give people to help them transition to a whole food plant-based diet.

Will Brooks: Absolutely. So first and foremost, you need to be patient with yourself. You’re going to make mistakes, everyone does. I did. It’s not a reason to give up. So just stay patient. Allow yourself some leeway. I’m hard on myself so I understand that feeling very much. Don’t worry about it, you’re fine.

Secondly, go slow. You don’t have to go full vegan overnight. Some people do and they’re successful with it, but don’t let that make you feel pressured. You don’t need to do anything overnight. I cut out certain groups of meat and animals over a few months period of time and then when I tried to go fully vegan, and I didn’t succeed. I messed up. So instead of giving up, you just keep trying, and you learn along the way and you’re going to make mistakes.

Fourthly, keep an open mind. I started trying all kinds of new foods that I never would have eaten had I not been open-minded. Things like seitan, for example. You know back when I was meat-based, I wanted to eat the leanest meat. The meat with the lowest fat and the highest protein and the lowest carbs. It was ridiculous, but now since I became vegan, the seitan I eat is actually leaner than the chicken I used to eat, and there’s no estrogen in it. It doesn’t require something to be killed. So keep an open mind. Try new things.

I used to think tofu was extremely strange and now I love it. There’s so many things you can do with tofu, so don’t be scared to try new things because there’s a whole other world out there and it’s an amazing one.

And lastly, I would say learn to use spices and powders and sauces, because I see a lot of people that go vegan and they’re just throwing plain broccoli in with plain beans and plain rice and they’re struggling through it. I would struggle through that, so don’t be afraid to experiment with different spices and powders and even if it’s terrible, you know, “Okay, I don’t mix that next time.” So, get experimental, try different things. You’ll find your way I promise.

Elysabeth: Tell me for athletes or for anybody, how do you get your protein?

Will Brooks: Well, there’s a variety of ways you can get it. As a new vegan you might think, “Wow, I only have a handful of options.” But really you have a treasure chest of options. So, if you’re not even looking at the whole food plant-based options, if you want to look at your seitan, your tempeh, your tofu, even your textured vegetable protein, or TVP. Those are some of your more processed options, some less than others, but I partake in all of those. I love those.

I also love protein pastas. So that’s actually a simple tip to immediately increase your protein as a vegan where you take your pasta or whatever you make your spaghetti or linguine with and you switch it out for black bean pasta or edamame pasta or any of those. You’re going to instantly increase your protein substantially. A single serving, I believe, of edamame pasta has around twenty grams of protein and that’s plant-based protein.

And then you can go to the whole food options where you’re looking at lentils which are also a carb source. I love lentils. You’re looking at beans, black beans, pinto beans. Beans and rice? I mean come on, what kind of a combo?! You gotta love that.

Elysabeth: The best, and so inexpensive, and so easy to make and requires nothing except maybe a little bit of salsa, maybe cilantro.