Marc Aneed, CEO and Co-Founder of the Eat Well Group 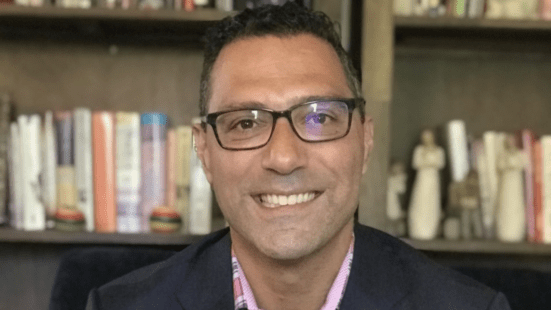 CEO of EatWell Group, Marc Aneed, joins me on The Plantbased Business Hour to discuss investing up and down the plant-based supply chain. Tune in to learn about the structural growth of this secular trends.

Below is a short clip and transcription from our long-form conversation.

Elysabeth: Give me some timeframes. You know, you and I have drunk the Kool Aid, we know that it’s a secular trend. We know that it’s going to happen fast. Help define that for people.

Marc Aneed: I work with big iconic brands like Quaker Oatmeal and Gatorade and the model was really different with consumers. It was a model of a few voices, loud budgets, and the information flow was not transparent. It wasn’t necessarily anything to do with the control of the brands. It was really about the information highway, right?  The world started to shift to smaller brands and newer brands and ideas, and it always became about the exchange of ideas. Okay, so that’s a bit of a lesson in anthropology.

What has opened up an information flow and social media at a very simple level of consumer behavior, that’s what drives adoption. Adoption is driven first by the availability of information and then the second is the opportunity to try something when it doesn’t feel like it’s so unusual. I have kids in those teenage years and they ask me, “What was it like when there was a Blockbuster?”  We’ve all heard that joke. They were stunned that there was something before streaming. So, technology shifted the curve.

I would bet everyone in the audience today, myself and yourself included, has at least two or three people you know in the recent timeframe who’ve said, “You know my doctor said I should probably try and bring some plant-based something into my diet.”  Particularly those who are in that older timeframe, they’re amazed at how much better they feel. This is the last lesson of anthropology.  People stick to something when it works. So, you’ve got technology, we’ve got incredible foods today, we’ve got information and transparency everywhere you want, and we’ve got something that works. “I feel better when I’m watching out for inflammatory foods or dairy triggers that I might have and I’m going to tell other people about it. And I haven’t made any compromises because the food is delicious and the prices are coming down and the technology and the supply chain is maturing.”

Elysabeth: Yeah, that’s why I’m always amazed when somebody says, “This is a fad.” I just say, “Oh my gosh there are so many reasons…”- we’ve talked about deforestation, wildlife diversity, our health, our healthcare costs, our pets and their healthcare costs and obviously food security and climate change. There’s so much here and not to mention dwindling resources. We haven’t talked about this at all but the inefficiency of animal agriculture in terms of use of land and water as we go from 7.7 billion people on the planet to 9.8 billion people on the planet by 2050 according to the UN. But you’re not getting more land and you’re not getting more water. So, that mathematical equation soon doesn’t work.

People feel agency now in a way they never did before about their own health and I think that really spirals adoption because they’re ready to put their money where their values are and their priorities for their health and kind of wear it loud and proud. So I agree.  I say fast adoption. I’m going to put a number on it. I’m going to say that the next three years are going to be like the progress we did in the last ten years, that mainstream adoption is here within a decade, and in my lifetime animal agriculture will be less than twenty five percent of what we eat.

Dan Altschuler Malek: How To Pick A Winning Company