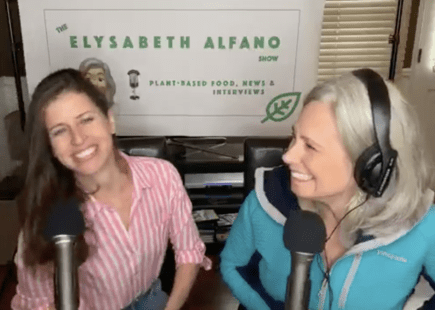 Shark got your tongue? Not for this hot momma!

Jenny Goldfarb, AKA Mrs. Goldfarb wowed Marc Cuban on “Shark Tank” with her plant-based corned beef. Now Elysabeth joins Jenny live at her house to dish on her wild ride, the booming business of plant-based deli meats, and how this mother and home-cook came to realize that she wanted to do more than cook for her family of four.  After Elysabeth breaks down the week’s news, these two get into it, ending the show with recipe, food and health tips worth their weight in (Marc Cuban) gold. 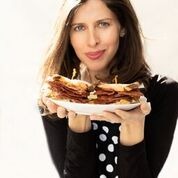 Jenny Goldfarb is quickly becoming a central player in the plant-based-food explosion. Where Beyond Meat and Impossible have largely monopolized the burger landscape, Jenny is the primary player in the plant-based deli sector. Born out of compassion for animals and concern for the environment, Jenny took on a vegan lifestyle several years ago, inspiring her food blog, Count Your Colors, where she cooked up different plant-based recipes every week. In 2019, she launched UNREAL DELI, and her debut product, Mrs. Goldfarb’s Unreal Corned Beef, has exploded in the major delis and restaurants in L.A. (Canter’s, Factor’s, Art’s, move studio lots, and now Whole Foods). She famously won the hearts of America on “Shark Tank” in November, scoring a deal with newly vegetarian Mark Cuban. Keep a look out for Unreal Corned Beef, coming to grocery stores and national chains across the country in 2020, or order a box online today at www.unrealdeli.com.

Matias Muchnick of NotCo and Michael Natale of Ingredion