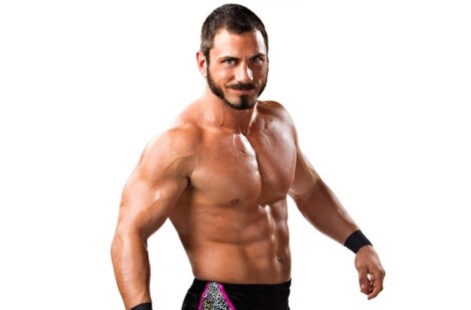 Plantbased Power Wrestler Austin Aries is on Awesome Vegans to talk protein, wrestling, reversing chronic disease and his book Food Fight. Tune in to hear not only diet tips, but words of inspiration to get through tough times.

5:40 Austin Aries is a 14 time wrestling champion as well as a 3 time world champion. He started wrestling in 2000 and cut out meat at that time. He eventually became vegan in 2011. Forks Over Knives helped Austin drop any remaining dairy and eggs in his diet. When people ask him what’s been the hardest part about going vegan, he says that it’s our ego. “We have to accept that everything we’ve been taught is not truthful and not in our best interest.” It was easy for Austin to cut out meat because it was not appealing to him. He wrote a book called Food Fight about what it was like to grow up as a typical midwestern kid eating a heavy meat and dairy diet and how he eventually made changes. As he got older and began cooking meat for himself he realized that it grossed him out and soon made the connection of where it came from and what it was doing to him and the environment. 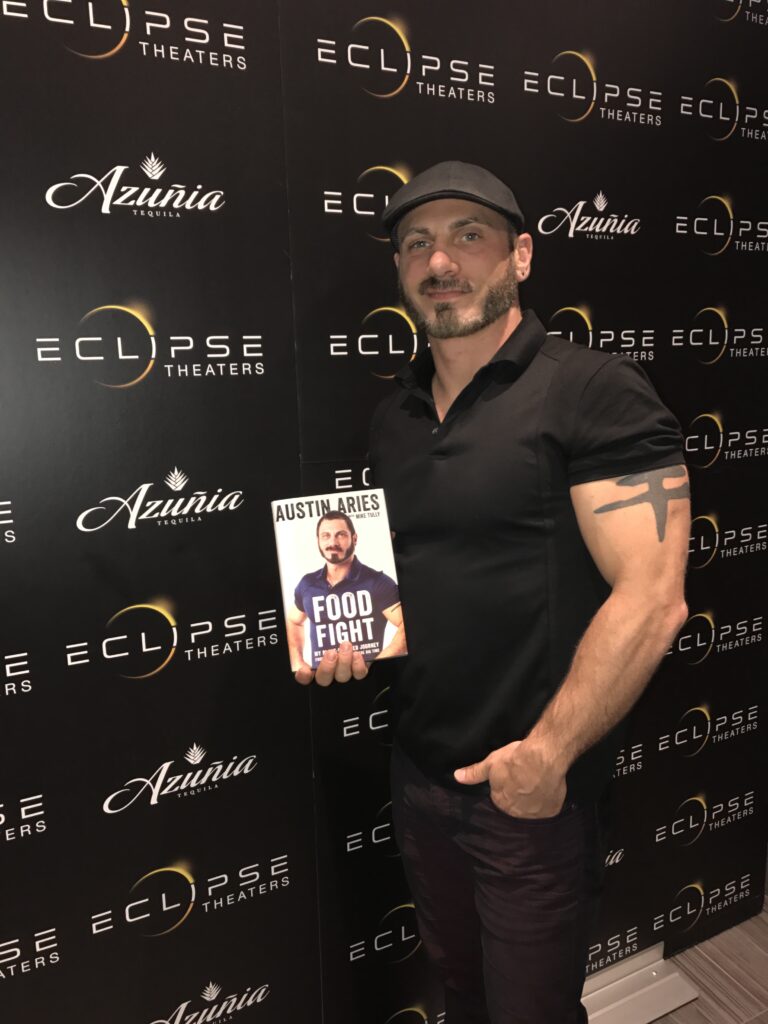 13:00 When asked if it was tough to be a vegan wrestler in WWE Austin says that because pro athletes are always looking for that extra edge to make them better, they tend to be very open minded. “Luckily for me by the time I got to WWE I was so far along in my journey, and veganism had really grown in our culture, that it wasn’t as difficult as it was early on.” He says there were a lot more of his colleagues switching over to plant based diets because of the health and performance benefits. Austin applauds his colleagues that are still wrestling right now because he says it is difficult with no fans in the stands during competitions. Covid has given him a chance to step back and recharge mentally and physically and focus on other things. 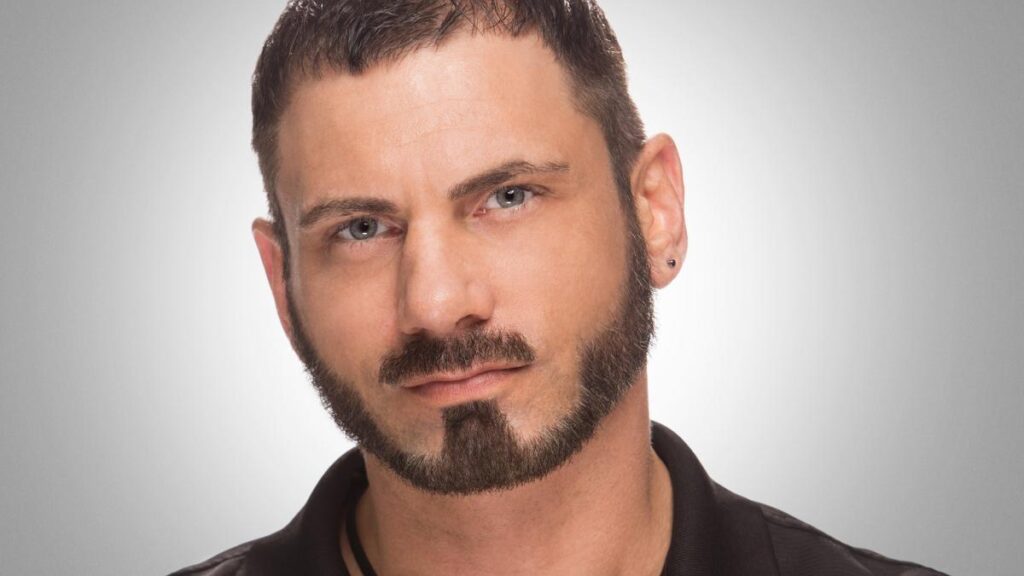 21:00 One health tip Austin Aries has is to sprout your beans by soaking them before you cook them because it makes them even healthier. Austin has a hard time keeping size on so when it comes to what he eats every day he eats a calorie dense diet. He makes sure to focus as much on his micronutrients as his macronutrients. Austin starts his day with a smoothie with steel cut oats, bananas, hemp seeds, and packs a lot of vitamins in it. He is gluten free so he eats a lot of chickpea pasta which is high in protein and fiber. His favorite snack is plant based pizza which is a lot healthier than the alternative. He also eats a lot of chickpeas and rice. “If meat was so good by itself we would boil it and eat it. But we rub it and add the spices and char it and that’s what makes it so good. So we can take that same flavor profile and use it with vegetables.” Austin has been investing in Vitable because they embody the idea that food is medicine and that it can also taste good at the same time. 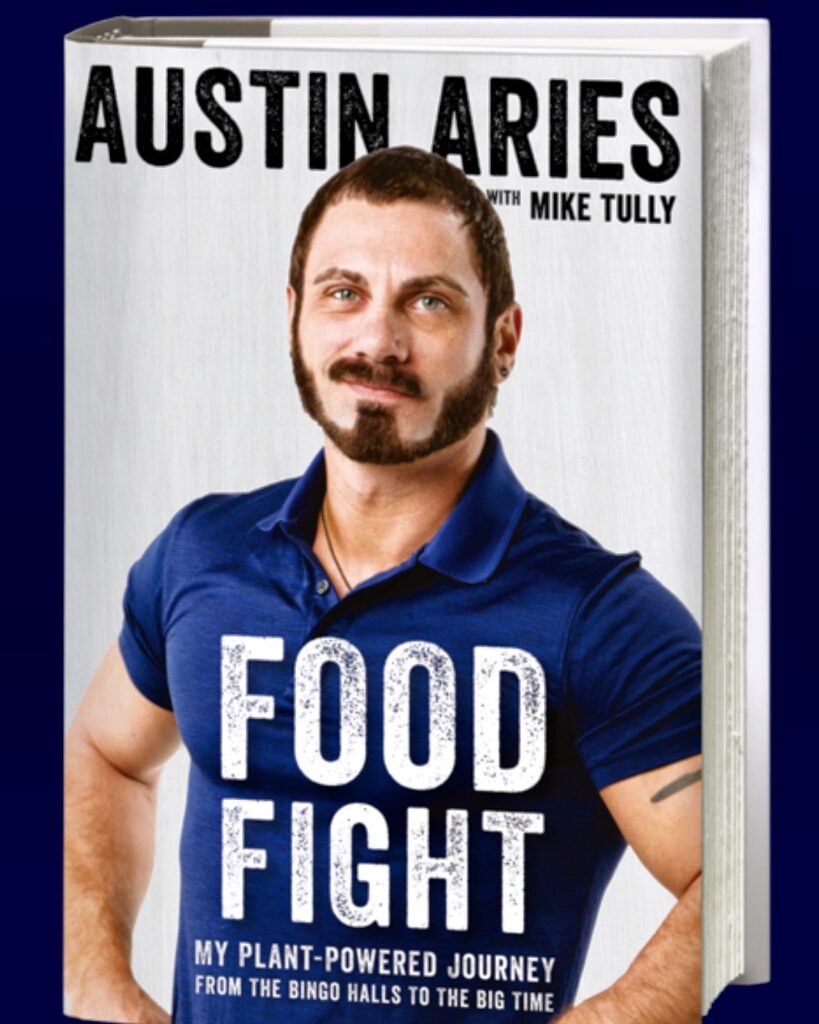 32:00 Austin Aries shares his top tips for where to get your protein. 1. Don’t worry about where you get your protein. The vast majority of us are getting plenty of protein in our daily diets. It is just one of the important components to a healthy diet but it is not the most important. 2. Little amounts of protein in a bunch of foods add up to a great amount of protein. So don’t worry about getting it all from one source. Austin’s favorite protein sources are nutritional yeast and hemp seeds. 3. Don’t worry about complete protein sources. Your body breaks down proteins and uses them as it needs them so as long as you’re eating a variety you will have complete proteins. 4. Don’t be afraid of using protein supplements. Be mindful that not all of the protein supplements are made equal though. 5. Focus on your micronutrients and your overall calories and if you focus on those things you should be hitting your protein source. 6. Eat chickpea and lentil pasta which has about 3 times more protein than regular pasta and less carbohydrates and more fiber. 7. Don’t ask other people where they get their protein from. They get it from food, stop asking. 8. Start asking where people get their fiber from. Fiber is the most important thing. You cannot have a healthy diet without fiber. 9. Oats have protein so eat more oats. 10. Tempe and tofu also have plenty of protein. Don’t be afraid of soy.